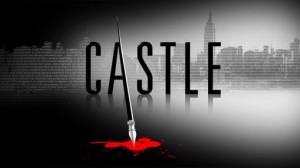 I’ve been trying to figure out where the past week went. My Franklin-Covey day planner is littered with scribbles about the baby’s naps, shopping (several times) at the seasonal children’s consignment sale, and exercising.
Some of the one-time events were bringing my youngest to her one year check-up and attending the local writers’ meeting.
The princess is now twenty-one pounds and six ounces and thirty inches tall.
I managed to write twice during the past seven days. Sad but true.
So, after watching Castle on ABC last night I’m revved up to have a killer week with writing. Castle is the only show I’m watching right now. It’s not the greatest show in the world- all those have been canceled already. But it has enough charm, humor, and intrigue to keep me tuning in each Monday since it began last season.