Skip to primary content
Haven’t done much writing lately, but my WIP, Corroded, is over 38000 words now—131 double spaced pages. It only took a couple years to get to where I am, but I’m here! To think I used to push out complete drafts of novels (200-300 pages) in less than a year—but that was B.C. Before Children. That’s still slow to some people’s standards, but I will say that I was a full time student at the time. Now I’m a mommy working over-time, every day.
The books I’ve been reading the past few weeks:

The Tower, The Zoo, and The Tortoise by Julia Stuart
Very funny, with a few vavoom moments. I received an ARC of it last year, and have loaned it out, but finally got to reading it myself. Enjoyed it. Makes me want to venture into more “adult books”, but oh, I’m missing my kid/YA lit. Especially since my next read was another adult book. (I’m almost finished!) 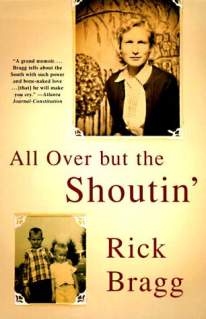 All Over But the Shoutin’ by Rick Bragg
Rick Bragg spoke at one of the local library branches the beginning of the month. I usually don’t seek out writer events when I’m not familiar with their works, but everyone in my critique group raved about him. So glad I went! And, obviously, his wit and charm made me want to read one of his books.
Two books in as many weeks: you can tell I’m reading out of my comfort zone! To compensate, I’ve been watching more movies than usual—thanks to my parents’ Netflix account and a stash of movies I’m borrowing from my oldest sister. 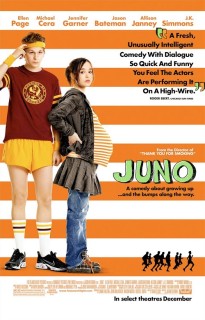 Juno Enjoyed it more than I expected to. Very witty dialog.

The Last Song I’ve never seen more than a minute or so of Miss Cyrus in action before this movie. I was slightly impressed. The thing that bothered me the most was her speaking voice. Sounds like an older DJ’s voice–bit on the smoker’s side. Odd.

Alex and Emma
I enjoy plots with a story within a story, and when writers are involved it’s an added bonus. My favorite example of this is the book/movie Holes–brilliant.
And while I was on the classic name kick, I tried out the newest BBC version of
Emma 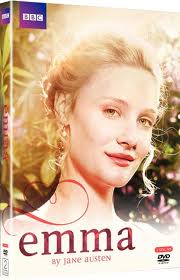 I do love the Paltrow version—much more glorious to the eyes than the old BBC version—but this one stole my heart. Or was it Mr. Knightly? No, it was Emma! The actress looked so familiar, and her mannerisms reminded me of Drew Barrymore in Ever After (LOVE IT!) I waited until after seeing the whole mini-series to check what other movies she’s been in, and by golly, she’s been in several movies I adore.
Viewing Emma in all her glory led me to want to watch this modernized version.

Clueless
I forgot how funny this movie is. And “my bad” is used. I wonder if that is the earliest use of it in the media… The dialog is hilarious and the clothing snazzy.

And as if my brain wasn’t fed—all though most might be considered junk food—enough, I’ve been listening to my iPod as much as possible, which isn’t a whole lot. Mainly it’s in the car since I can’t plug my ears while watching the kids, though it does sound like a lovely idea. I’m borrowing one of those cassette tape adapters, with the tape that goes into the car stereo that has a wire hanging out of it to plug into the iPod. Yes, my car as a cassette player! It’s a 1996, a year older than our original car which we had to replace last summer. But it only has 60K miles on it and has leather seats and power windows, a big step up from the ol’ Neon.
Back to the iPod… I love listening to it on shuffle. From the time I was a teenager, I used to want a jukebox so I could put all my CDs into it and let them play randomly. So, I’m loving the portable jukebox. The 8GB doesn’t hold all my music, but a decent percentage of it. My musical taste is eclectic. I know what I like and it’s spans to genres.
Example of what pops up if you are fortunate enough to ride in my vehicle: Chesney Hawkes, Midlake, Israel Kamakawiwo’ole, Tyketto, Tchaikovsky, Ottmar Liebert, Firehouse, Patsy Cline, Joey Tempest, Diamond Rio, Mitch Malloy, Martina McBride, Rainbow, Dee-Lite, Alice in Wonderland (animated soundtrack), Sibelius, and REO Speedwagon.
Can you beat that? Do you even know who half those singers/groups/composers are?

2 thoughts on “Of Books, Movies and Music”