On my July 6th blog I coined the term “fantabutitus” and spoke of my always pleasant encounters with those I admire. Amid the telling I said:
I’m a dedicated fan, loyal to those who speak to me even when the spotlight has moved on to newer faces. (Speak to me? Yes, speak to me. I shall blog about that next time.) And the next blog happened weeks later, recapping my month spent hiding among literature while the house was over-run with nephews and nieces. Of which I need to add: 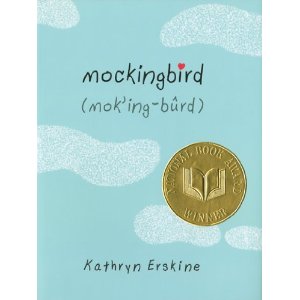 And then I posted a blog tag question game. Fluffy fun.
If you haven’t before, take a look at my profile and see the listing of my favorite authors/books, musicians, actors/movies, etc. Not the standard answers!
So, without further ado, I shall describe the Wonderlonian philosophy of what creates the fantabulous connection to the brilliant artists I esteem.
It’s my belief that each individual was born as a spirit child of a Heavenly Father and Mother before being born on earth. As such, we had a pre-mortal life, which is how I believe memories of “past lives” occur. If we were angels, for lack of a better term, watching over those already on Earth, then we might recall glimpses of events that occurred before we were born. Maybe we were even assigned people to watch over—only time will tell.
But as spirits waiting around in heaven to be born to Earthly parents, wouldn’t we have had friendships? We had to pass the time somehow. Maybe there were cloud bands and theater guilds and painting-by-star clubs or something. Suppose some of us were sent down to whisper muse-like into the ears of philosophers and writers. The possibilities are endless.
When I see a piece of art, hear a song, read something, or see a performance it either speaks to me or it doesn’t. Some voices and melodies are so familiar, I know I’ve heard them before. Some paintings I feel like I’ve lived in the landscapes of, in some other-worldly time.
There isn’t much in this world that I will say I “hate” or even “dislike”. My favorite response is “it’s okay, but it doesn’t speak to me.” I can’t say “it’s not my style” because my style (some will swear I have none) is all over the place musically, literary, artistically.
What better way to describe a connection to another soul than by feeling that you were friends before? The ultimate kindred spirits.
What’s your philosophy?