To close out 2019, I’m happy to report that two books I had a part in release into the wild today.

First up is Finally Home: A Christmas Anthology. 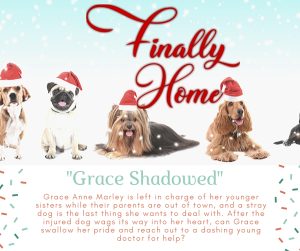 The anthology is a collection of romance short stories featuring rescued animals, compiled by Bienvenue Press and proceeds benefit animal rescue charities. “Grace Shadowed” is Possession Chronicles #3.5, but can be read alone. It’s available in print and ebook. 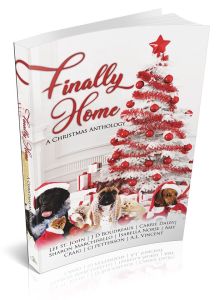 Also out today is Finder’s Keepers. For this book, I was interviewed (along with Candice Marley Conner) about my experience with a critique partner. I also served as a beta reader for the full manuscript and recommend it for writers of all experience levels, with or without an active critique partner. Find more information about the book here. 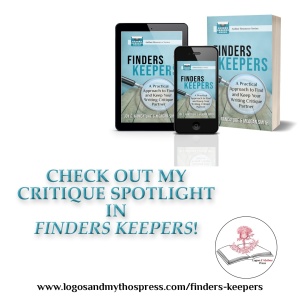 That’s it from me for 2019. There are plenty of books to keep you reading into 2020–both mine and otherwise. This Christmas, and always, please consider leaving book reviews. It’s the perfect gift for authors. 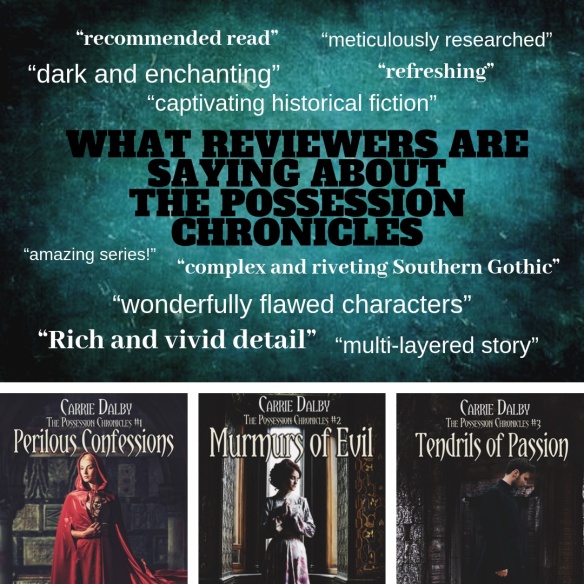 First up, on Small Business Saturday (November 30), I’ll be at The Haunted Book Shop in downtown Mobile, Alabama, from 11 am until 1 pm, signing books and chatting with those who stop by. I’ll have a few freebies and fun visuals, so if you’re in the area, come say hello. The Haunted Book Shop, Mobile’s biggest and best indie bookstore, is two floors of literary finds in all genres–new and used. The first three Possession Chronicles novels (including this month’s release, Tendrils of Passion), as well as Fortitude and a couple anthology collections I have short stories in, will be available for purchase. And if you can’t make it in person, shop the online store–they ship! 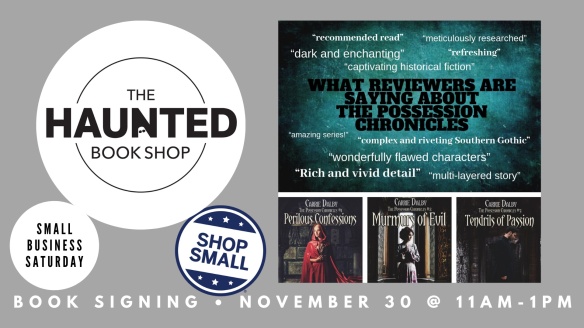 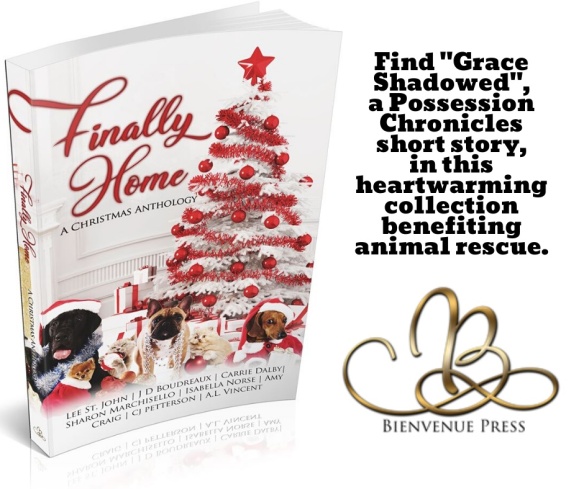 The collection features animal rescue themed romances, so my offering is a bit fluffier  than my typical stories (pun intended.) I did manage to add in a few Gothic nods and dropped a truth bomb about one of the characters in the series (Ruth Melling) that you won’t find anywhere else. Pre-orders will be available soon. I’ll include the link in my December newsletter.

Also on December 10 is a release that will interest the writers out there. One of my critique partners and I were interviewed for Finders Keepers: A Practical Approach to Find and Keep Your Writing Critique Partner. 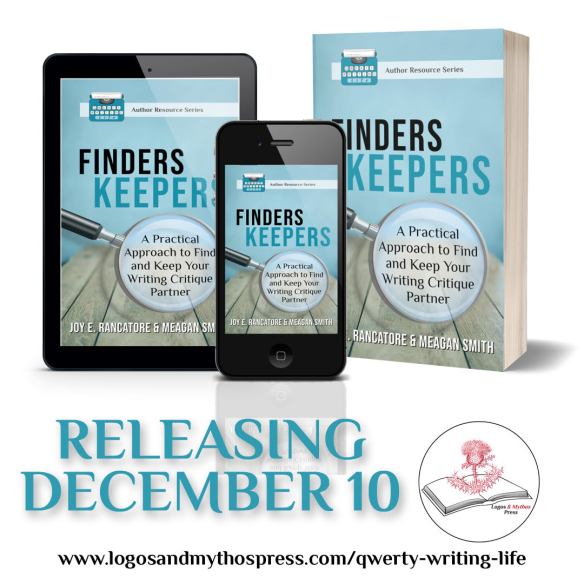 I was able to beta read it and can say it covers everything about how to handle a critique partnership–and I’ve come to understand how good I have it with my situation. (Thanks, Candice, and members of Write Club!)

Happy reading–and Happy Thanksgiving to those celebrating this week.

I’m halfway through the second round of content edits on Corroded (Surge Imprint from Anaiah Press, April 2016), which makes it at least the fiftieth revision. It’s been a learning curve, to be sure! Even though it’s coming out second, this is the oldest “book baby” of my adult life. My first born, but she had to stay in the ICU so that the second child, Fortitude, will be out in the world four months ahead of her.

Corroded has been through two different critique groups, a full manuscript critique by Laurie Halse Anderson, and a handful of beta readers. Not to mention that it went through two rounds of submissions—and rejections—in the past four years (when I thought she was mature enough) before she was accepted this year (on the “first” try.) I’ve swaddled and re-diapered this story more than anything else I’ve ever worked on. Early readers will recognize the story, but Corroded is now so much more than I thought possible when she was formed a decade ago.

In the beginning, I was too close to the main character. By separating myself from her, I was able to dig deeper. How is that? Probably the same way you can find yourself by losing yourself in service. I had to give up my own ideals to find the true complexities of the characters. And in doing that, I maneuvered through the layers of the story to find the heart. I journeyed so far that I ended up with two main characters and dual point-of-view novel. 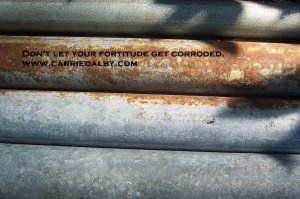 Thought it all, I couldn’t give up on Corroded. The story needed extra nurturing and that took time off and on throughout my other projects. Even now, there’s work to be done, but I’m confident the book will be the best version of itself when it’s finally released from the nursery. Anaiah Press has given me a stellar editor to make sure that happens. It’s been a longtime coming and I’m grateful for each step of the journey.

Happiest of Book Birthdays to one of my critique buddies, Joyce Scarbrough! 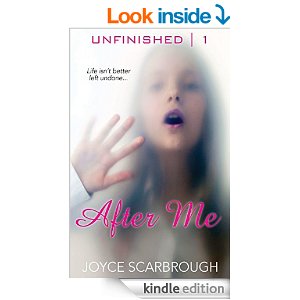 AFTER Me is ready for purchase for your Kindle or Nook. 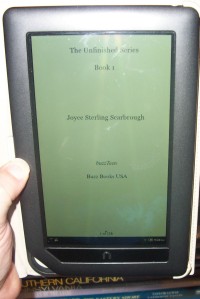 I’ve got my copy ready.

My blurb: AFTER ME is a hilariously dark look into the afterlife of a privileged teen who had a less than ideal home and personal life. Given a chance to avenge her death by taking on a new identity, readers will laugh and root for Jada during her adventures in the world of the transdead living among us.

Read it and say hello to Flo for me. 🙂

It’s been an eventful year. High and low points abound but this time around, I’m thinking firsts. Several of my firsts happened while in New York City this spring including:

My literary related experiences were memorable as well. Several of the events were the cumulative efforts of the previous year(s), but here they are:

I can hear the snickering from here, folks! I come from a musical family but have always sung off key, or so I thought. Turns out I just couldn’t hit the normal notes. Tenor (back row, with the men—and two other ladies) is what I sang for the Christmas Cantanta during our chapel service. I wasn’t perfect, but I got most of the notes, but maybe not in the right spots… Well, I tried.