Today I welcome good friend and fellow indie author, Stephanie Lawton. If I had to pick a favorite of her novels, it would be Shrapnel–an eerie blend of gritty contemporary YA, paranormal, Southern Gothic, and historical.

Thanks for letting me guest blog today, Carrie! We have a lot of things in common, but a few in particular that I think your readers will find interesting.

By now, you’ve probably heard of the concept of six degrees of separation or Six Degrees of Kevin Bacon. Because even if you’re removed from Carrie by five or six degrees, you’ve undoubtedly heard of her Southern historical gothic series, The Possession Chronicles, to be published by Bienvenue Press. What captured her imagination and kept her writing for eight books? The same things that prompted me to write Shrapnel. The same things that have kept readers furiously flipping the pages of scary novels since Mary Shelley and Bram Stoker, to Stephen King and Anne Rice.

Let’s be honest—old stuff is creepy. It’s dusty, it makes weird noises and we don’t understand it. We don’t know what people were thinking back then and why they did the odd things they did…like lobotomies that scrambled your brains, or whale-bone corsets that rearranged your internal organs. And yet, human nature implores us to stick our fingers in the wound to see if it’s as bad as we think. (It’s usually worse.)

Stephen King dabbled in early American history in Jerusalem’s Lot. Anne Rice has written in nearly every historical era. Carrie’s new series spans the turn of the last century along the Gulf Coast. My novel, Shrapnel, bounces from modern-day to the Civil War in the Deep South. We commonly use phrases like, “tar and feather” and to “run someone out on a rail.” But do you know what those actually entailed? The historically accurate answers are terrifying.

Fear of the unknown is a basic human fear in every era in every corner of the planet. It just is. Exploiting that fear through literature is the job of the writer so readers can experience those fears vicariously. Afraid of getting your first period? Read some Judy Blume. Afraid of your darker desires? Read Carrie’s upcoming series. Afraid of adult responsibilities and the power that comes with it? Read Shrapnel.

Any situation or thing you fear has been written about in some form, whether an actual thing—like clowns or spiders—or feelings and events. Sometimes the writing is allegorical and sometimes it’s more forthright and literal. Regardless of how it’s presented, plumbing the depths of our fears and the unknown through fiction is infinitely safer than facing them in real life.

Until recently, I would have said that this is where Carrie and I have major differences. My books unabashedly capitalize on lust, while Carrie has always leaned toward very subtle hints of tension between characters. Both approaches have their places and their fans.

While not all horror/gothic/Southern gothic/historical fiction novels include overt sexual tension, I’d bet my Mulder and Scully figurines that readers find the idea pretty irresistible, even if the situation can be construed as “wrong” by conventional standards. Sexy vampires? Horrible! Seductive ghosts? Disgusting. Ever seen the previously banned X-Files episode called, “Home” or the first season of True Detective? Or, even better, Mads Mikkelsen as the latest (incredibly sexy yet skin-crawingly creepy) incarnation of Hannibal Lector. All feature completely repulsive monsters, yet we can’t look away, even if we have to watch/read through our fingers.

I’ve shared some of my favorite nail-biters above, let’s hear yours. What creeps you out, but keeps you coming back for more? What is it about them that you love?

Shrapnel can be found at any of these retailers: https://books2read.com/u/bP1vjJ 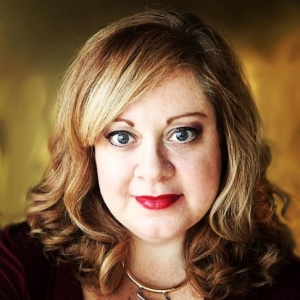 Always a misfit, Stephanie Lawton writes twisted romance that tugs the heart strings then punches you in the gut.

She has a tendency to psychoanalyze people, which comes in handy when creating character profiles. She has a fascination with teacher-student relationships, bullies, psychics, doomsday preppers and larger-than-life characters.