Unless you live along the Gulf Coast, the holidays are over. If you’re in the Mardi Gras zone, you know the festivities have just begun. Besides being a year old this week, Perilous Confessions is fun to talk about during carnival season. A lot of my historical research centered around Mardi Gras in the Port City. 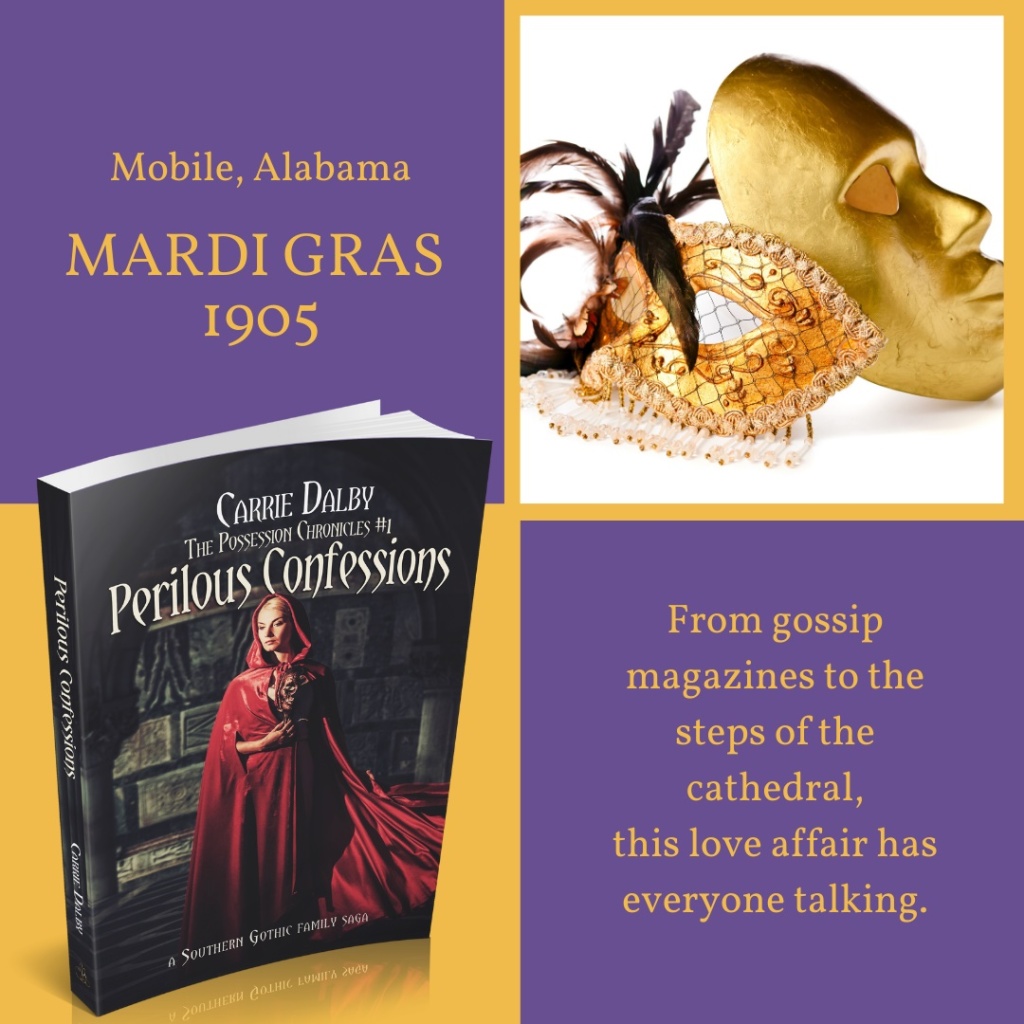 The Possession Chronicles passed its one year mark, but growth is still happening. Three full-length novels are out–four if you count Fortitude as an unofficial prequel–as well as three short stories (if you include “Courtship and Courage”, the Fortitude short in Hometown Heroes.) Here’s a photo I took of the Possession Chronicles related books, including the anthologies featuring short stories, in chronological order of how to read them.

You can find a list of the publications in this order–including what’s to come and projected release dates where possible–on my website’s page dedicated to the series. Next to be added to is Valentine’s Day Pieces, a Mobile Writers Guild anthology, which releases later this month. Look for ordering links in the following blog post (in about two weeks.)

February will hopefully see the unveiling of book four’s cover as Scarred Memories releases in April. Also forthcoming is a yet-to-be-announced short story project that I’m co-writing with a USA Today best-selling author which ties our story worlds together.  2020 will be a year to read and remember.  Don’t miss out–catch up with The Possession Chronicles now!